This fashion shoot has to the be one of the quickest and most enjoyable I’ve done. I’d shot with both Alwyn and Dayse before and know them to be some of the most reliable and professional models around. Not only that, they’re also incredibly easy to work with which makes collaborating with them a joy.

We’d been talking about putting a fashion shoot together for a long time, almost too dangerously a long a time where we thought it might never happen. However on that rarest days of days (given that this was now late November and the two of them would soon be flying back home for Christmas) the sun decided shine fully and how. Big, bright shafts of daylight burst through the London skyline to create long, hard shadows and warm temperatures so we could effectively shoot like it was summer. Afterwards when editing the pictures friends had a tough time believing the shoot was actually done in London. 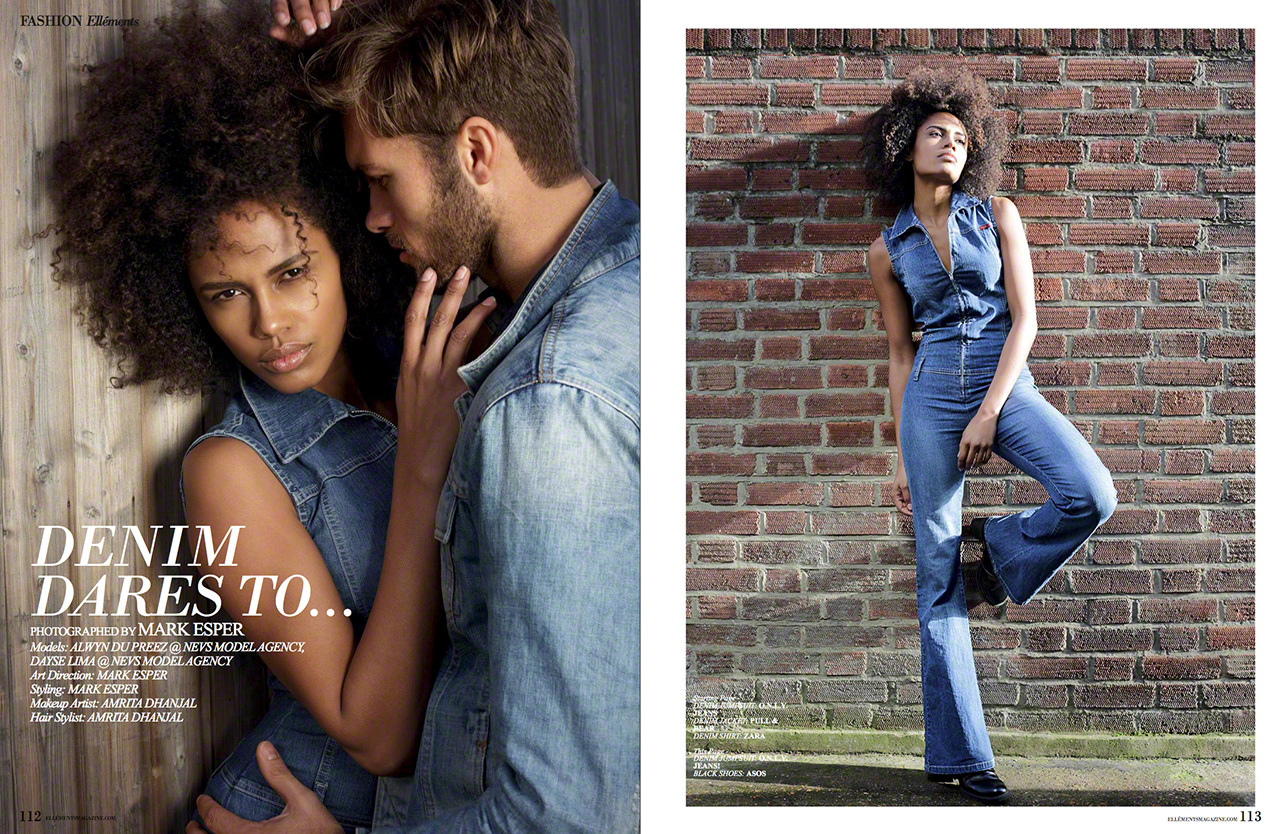 Even though the weather had decided to bless us, I still went out with my usual combination of mixing daylight with Ice lights and reflectors. The reflectors would create great catch lights to the model’s eyes and the ice light would bring just enough soft fill should the shadows started to creep towards black.

In fact, the colours looked so good on the back of the camera, the red brick contrasting with the pale blue denim of the garments, that I wanted to make sure that they would be true all the way through the editing process. Normally I’ll import the RAW files from a shoot straight into Lightroom but on this occasion (just to prevent any colour shift) I exported them straight out as 16bit Tiff files through Canon’s Digital Professional Photo package (or DPP). DPP is an often over-looked gem which has a number of features yet to be found on Adobe Lightroom or Photoshop amongst which is a superior RAW convertor. So when colour is crucial DPP is always my first stop.

Getting the right feel.

Looking through the images there was a really nice feel to the story. Often when shooting couples it can be tricky where one (often unconsciously) dominates the shots and steals the attention of the viewer. That said, one of the great things of working with Alwyn and Dayse and is how well they work together and how conscious they are of what the camera can see, as in creating the right eye line, blocking poses correctly and gently pushing each other to get the best out of each other.

We had already figured out that we would approach Ellements Magazine in NY to see if they would be interested in publishing this shoot. Looking at their planned calendar and mindful of the approaching summer season we arranged our shoot and garments to chime with the fashion season to come and their editorial guidelines. On paper it could have still been a difficult shoot given that it would be denim-on-denim so I wanted to use the backdrops to accentuate the both colour and texture of the garments. Fortunately once the images had been sent, Ellements Magazine came back to us quickly and said they would like to feature our fashion story in their upcoming April issue. With their offer in place the images had to be kept under wraps until the magazine’s issue date.

Now that it is out and available in both print and digital download, you can see the shots in the magazine and a larger selection here on the web site.  If you would like to purchase April issue of Ellements Magazine you can get more details online at www.ellementsmagazine.com.