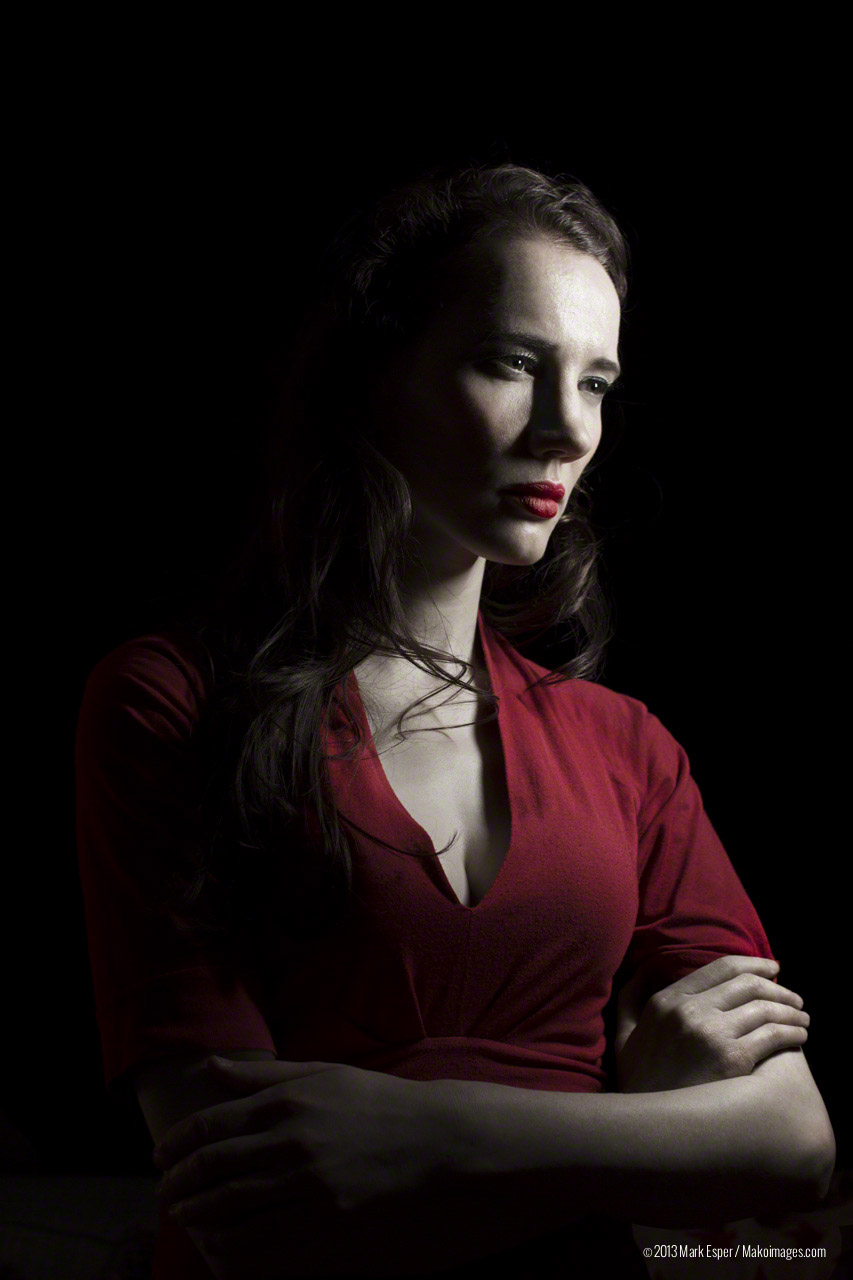 This fashion shoot was a combination of firsts for me. It was the first time I’d shot with Maja and the first time I’d used icelights to light a fashion shoot. We’d bought them from the SWPP Show in London and were eager to try them out. Fortunately Maja was shooting some head shots with my partner and fellow fashion photographer Phine Ka at our flat / photo studio and she kindly agreed to pose for me.

Maja is a very passionate performer both in person and in her live singing performances. She brings that passion with her into everything she does. She was somebody I knew of but I had never met in person. That said, both Phine and my good friend Kieron Jansch (who had just cast her in the lead role of his short film ‘Common‘) did. What I learnt upon meeting her was how hard she works and how much she pushes herself. Nothing is done half-way and that makes her an easy recommendation to work with.

I was particularly happy with this shot from our short time together. It shows Maja as you don’t normally see her: still, reflective. But then that’s also the quality she brings as an actress; the ability to create a face that you can project your thoughts onto and divine what she is thinking of from her expression (or lack of). It’s a finely judged moment in this photograph. She’s not at rest, she’s not at flight – she’s on the cusp – considering the thought before the action, her arms crossed, surveying the next move.

Lit by a wall of ice

This photograph is lit by a single Icelight. An Icelight is a new hand-held constant light source which can be run from either batteries or mains electricity. Powered by LED’s it gives off an amazing soft light which can be varied in intensity or gel’d for different colour temperatures. Some have complained about it’s lack of power but I actually found it to be too powerful for my shoot. In the end I cannibalised parts from my video matte box, which I stuck to the either side of the ice light. What resulted was a thin, direct-able channel of light that magically raked Maja’s appearance, with no spill onto the back ground.

I can definitely see myself working with ice lights Maja more and more.