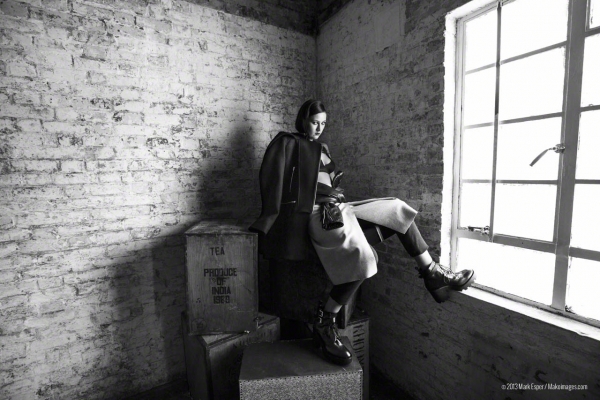 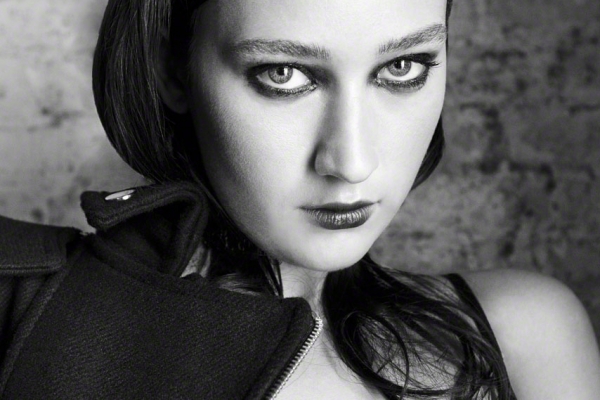 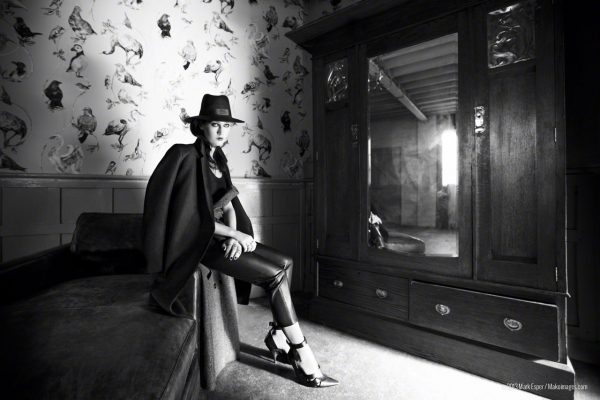 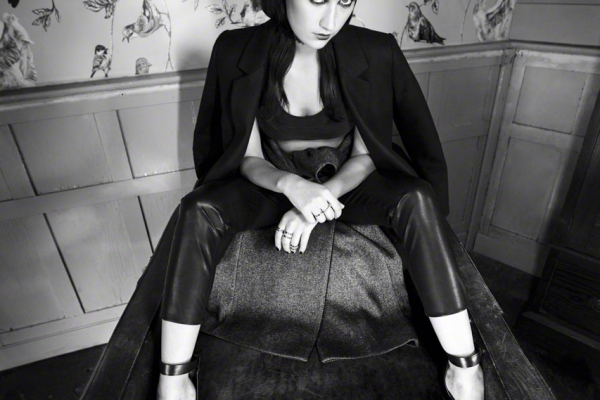 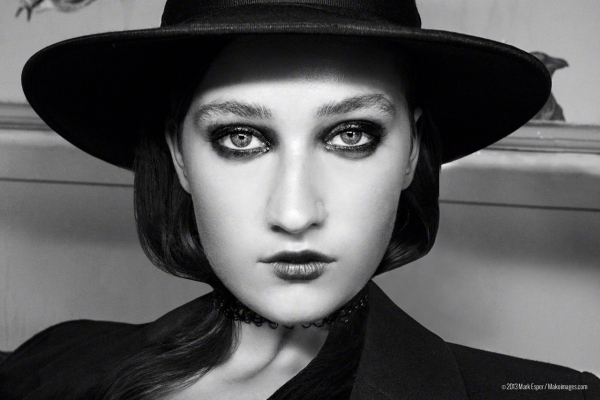 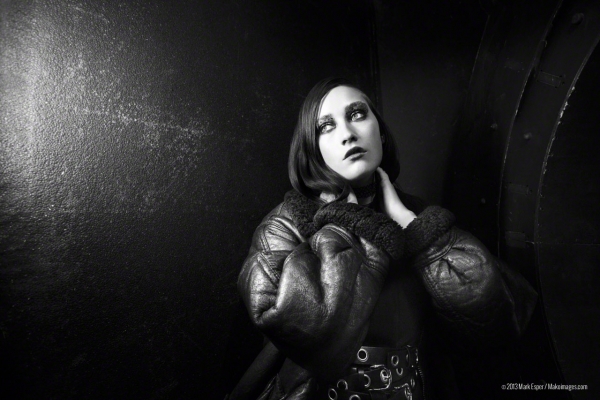 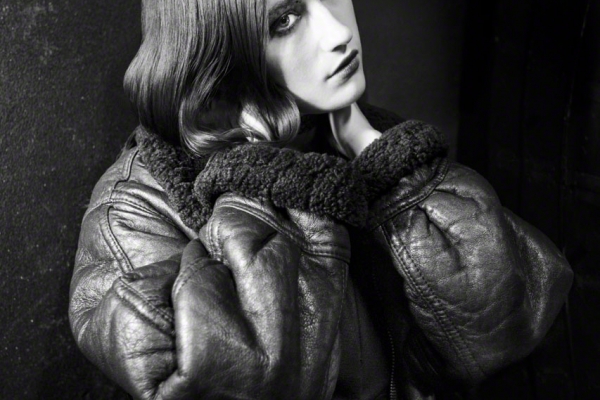 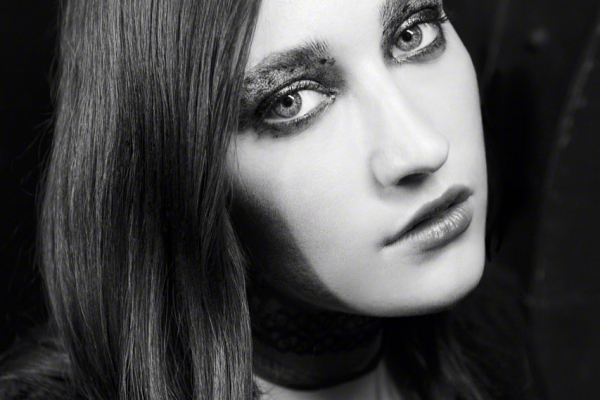 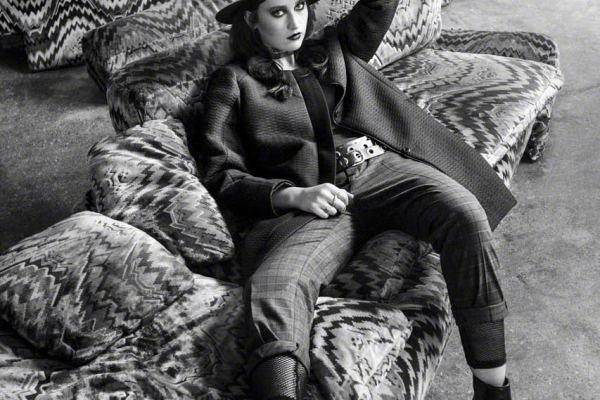 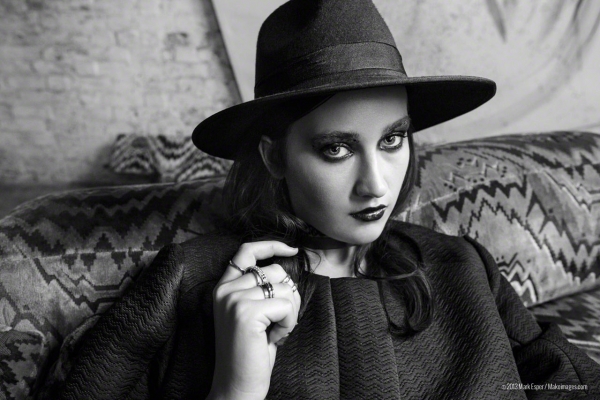 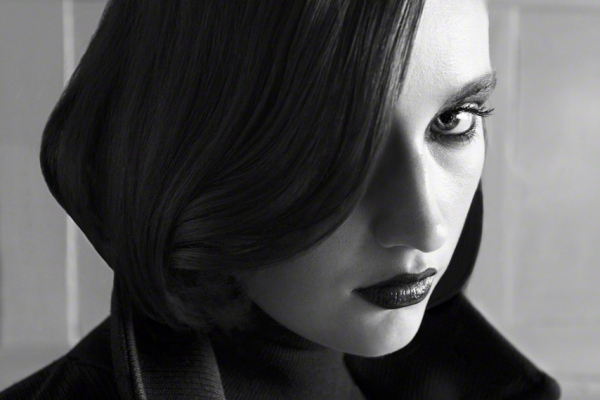 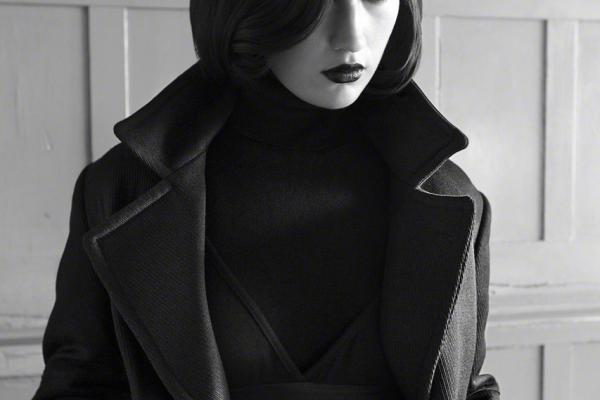 This was Cecilia’s first ever fashion test and her photos came out great. If there were any trace of first time nerves then it didn’t show in the photographs. We were shooting at One Friendly Place which is a converted warehouse in London’s East End set up expressly for photo and video shoots. Inside there was a wide variety of different periods and styles and I planned to make as much use of them as I could within the few hours we had. 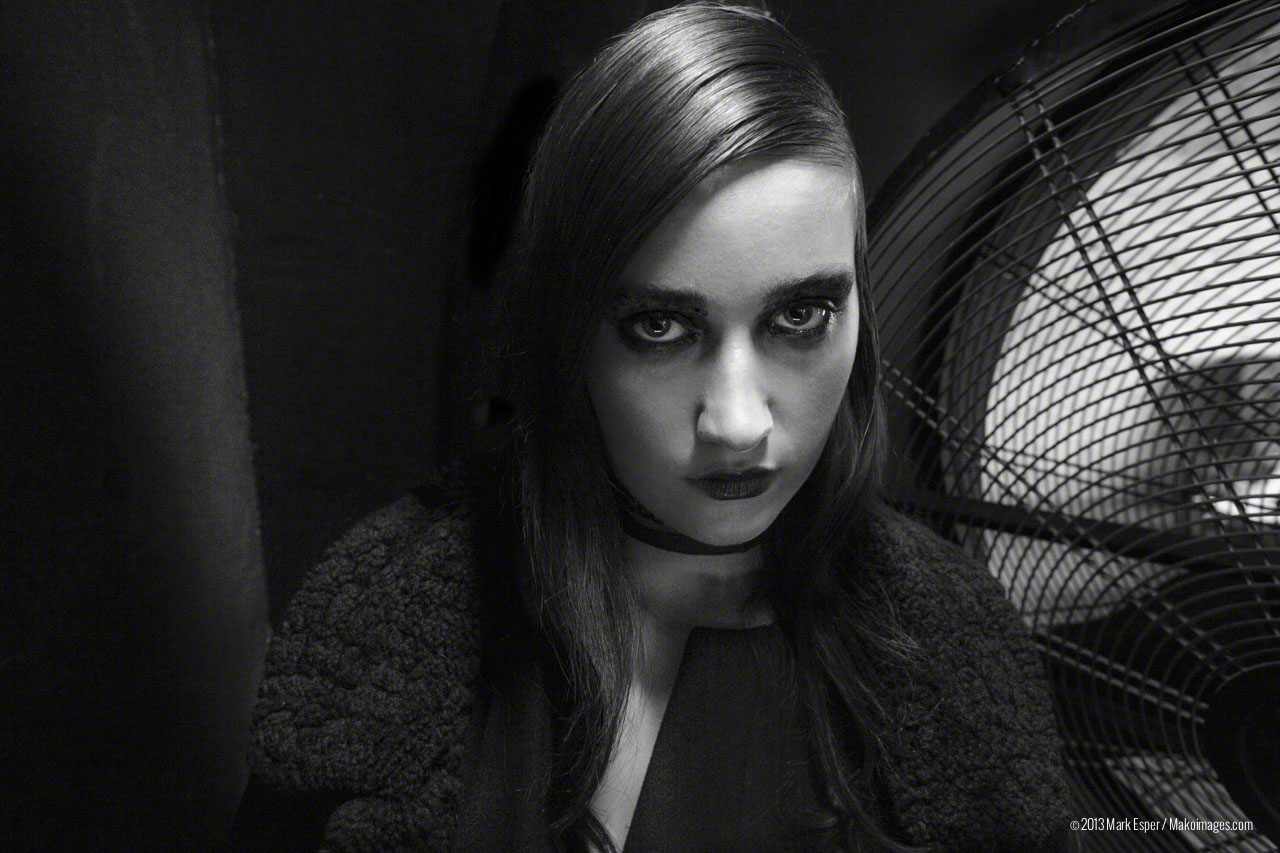 With five looks to do in four hours we had our work cut out. The day started early with a taxi ride across London to arrive at the location at 10.30am complete with a full lighting pack. Fortunately it was one of those rarest of London days; it was sunny. With light pouring in through the first floor windows I decided to start shooting there. Moving fixtures and fittings around, the idea was to create a unique setting for each ‘look’ / garment change. One of the most successful of these was with a huge studio fan that had been built into a black frame on casters. Manoeuvring it into place together with a few polystyrene blackout boards we managed to create the same kind of dark roof top feel so beloved of Ridley and Tony Scott movies. With Cecilia’s dark, melodramatic make-up expertly applied by MUA Amrita Dhanjal the whole thing came together really easily.

With each new look, we would scour the location looking for interesting fixtures and fittings. Talking possibilities over with Phine Ka and Daniel Campagne I found plenty, many for possible future shoots, but mainly we had to respond to the opportune; like a worn-out leather chair being hit by direct sunlight. Once we had Cecilia perched on its arm with her Trilby hat and sharp-pointed shoes we had a great weimar look. And so it went on like this for the rest of the day; hit and run. That was our motif as we followed the light raking across the top floor of the studio. Looking back it felt more like an outdoor fashion test shot indoors than anything else. However given the time constraints there was no other way it could be done. Complicated lighting setups were just not going to be an option this day. Instead I worked with two hand-held lights and a few reflectors / bounce boards where necessary. By shooting with such a light weight setup we were able to quickly light a scene, get the shots and move on. Anything else would have cost time to setting up lights and taking them down, which would have inevitably pushed us into overtime and extra location fees.

Quite often I get asked while I still do fashion tests. One of the many reasons is the freedom you get to try things out. The other and definitely more important reason is the people you meet. For example, on a previous shoot I met  photographer Daniel Campagne and he kindly asked if he could assist me which has been great. On this one I got to meet a new make-up artist in Amrita Dhanjal whose never-say-die attitude, keen eye for detail and ability to work under pressure impressed me no end. I’ve really enjoyed worked with both since then and without fashion tests like these I would never have got to meet them in the first place – and this is reason enough.